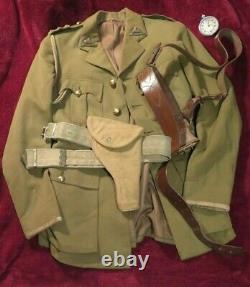 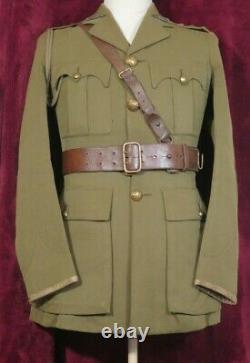 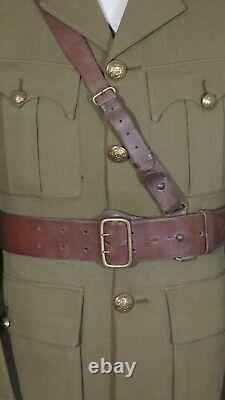 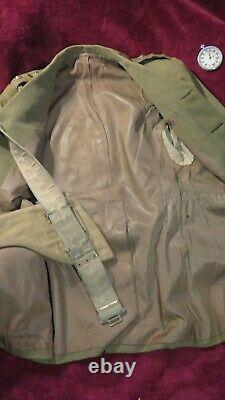 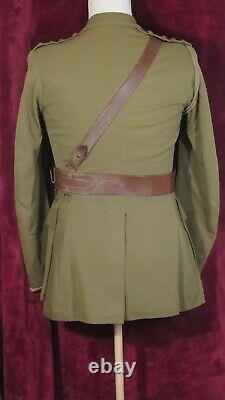 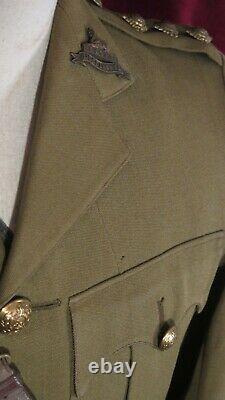 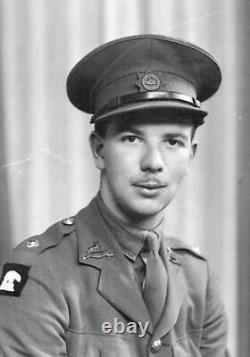 FORCE 136 SOE Instructor Collection. WWII Service Jacket & Personal Gear. Peter Rigall, born 1919, joined the Lincolnshire Regiment in 1940, as 2nd Lt. In B Company, 7th Battallion. E as an instructor and possibly an agent. SOE trained special agents, spies and saboteurs to be landed and parachuted into Occupied Europe in highly dangerous but vital special missions. Later Riggall was moved to the Far Eastern branch of SOE, known as Force 136 , conducting similar clandestine missions into Burma and Malaya against the Japanese. Finally, Rigall was involved in specialised training activities related to the invasion of Japan , before the war in the Far East ended with the Japanese Surrenender. At the end of the War, Riggall (illegally) did not destroy all of his study and training notes related to operations, and these are luckily now housed on display in the Combined Military Services Museum in Essex.

There is a Wikipedia entry on these documents, his surname spelled incorrectly, titled'The Riggal Papers'. Peter Riggall's name also features in other searches, for example in the online'Special Forces Roll of Honour' and I think is also to be found in books related to SOE operations.

He was recruited by SOE and worked as an instructor. Later in the war he was attached to Force 136 in the Far East, and instructed agents who were to be dropped into Japan to destroy key targets during the planned invasion of Japan. Their skills were not put into use as the war with Japan was ended by the use of the atom bomb. His Instructors notes and training information should have been destroyed at the end of the war. However, Riggal kept the notes, and they were forgotten for many years.

The papers give a comprehensive insight into what agents were taught in the desperate war years. Amongst the items are a series of school exercise books with his notes on training sessions including assessments of trainee agents. Also there is a large amount of information on codes, disguises, explosive tests, interrogation techniques and many other training aids. They are on display at the Combined Military Services Museum in Maldon, Essex. Records of Riggall's work for SOE are held at the National Archives in Kew and the reference is HS 9/1259/8.

This set consistes of Riggall's original service Dress jacket , his Sam Browne belt and his 1 937 patt web belt and Canadian made holster for a. The Jacket: Small to medium size, some mothing, all original badges from the time he joined the Lincolnshire Regiment as a 2nd Lt. And then Lt and captain's pips were added later. Noteworthy are the leather edgings to the cuffs: this jacket was used as activewear! Chest pockets with central brass buttons and small auxiliary buttons to edges, oe of these has come loose.

Buttons all original, badges original, overall excellent tunic. Note there are no medal ribbons: This was worn in wartime, something fresher would have been commissioned for Post-War activities. This may be the same tunic as the one pictured, with the 49th infantry Division patch from his early War career removed.

Sam Brown belt original and to same owner, in excellent order. Completely original 37 pattern belt and Canadian-made holster. This shows Riggall was carrying a Webley. 455, a weapon more often found in the Far East in WWII.

Grubby from actual field use. Secret Agent kit with field use from WWII: How often do you find that? Extremely rare and historic set with plenty of room for further research. Good long-term investment for the serious collector.

The seller is "redfell44" and is located in Hove. This item can be shipped to United States, European Union member countries, Canada.