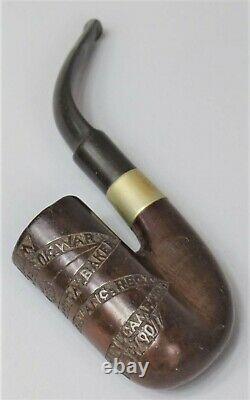 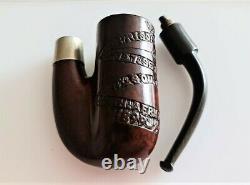 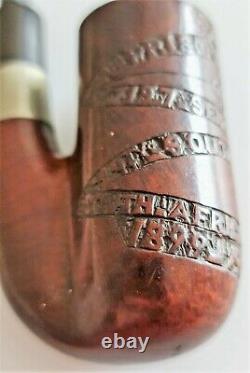 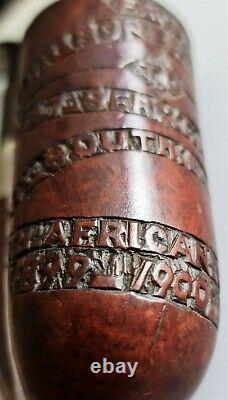 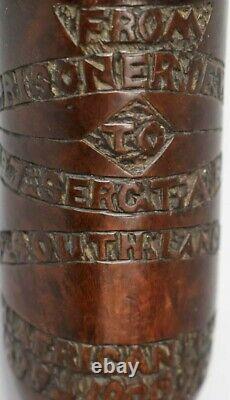 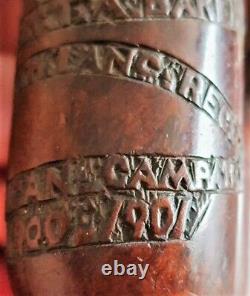 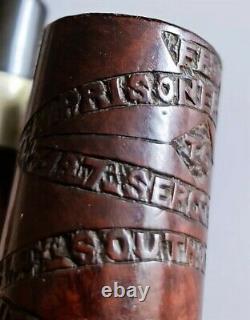 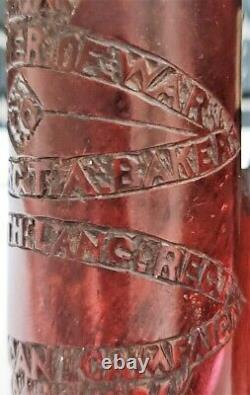 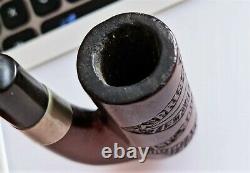 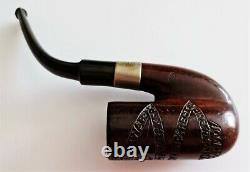 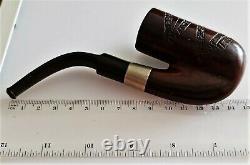 Century briar pipe, everything consistent with it being over 120yrs old, although the stem is a 1910/20 later addition, which is perfectly normal. It was the property of a British Prisoner of War (PoW), captured during the Boar War, in South Africa. All these details are carefully carved into bowl of the pipe, and also include the PoWs name, rank, serial number and regiment. So this can be placed directly to an individual serving his country in a little known war that was superseded by the events of World War One. Prisoner of War carvings, materials, creations, art are around if one looks hard enough but to have such detail and specifics is incredibly rare, for it to survive 120yrs especially being a pipe that has obviously been used.

The Prisoner was 7127, Sergt A. Baker of the South Lancashire Regiment, deployed on the South African Campaign aka the Boar War. With further research one will be able to find out a lot of details about Sergt Baker, where he was captured, held, what happened to him, when was he repatriated, did he serve in the World War One?

Its an amazing piece of PoW carving, encapsulating a piece of history few know about, and exceptionally rare, especially in this condition. I hope you research and find out everything you can about Sergt Baker and his military and family history, which will rocket the value of this PoW Art/Carving.

The pictures do not do it justice at all, but are important to show the condition. Please be patient, we promise to get your item to you as soon as humanly possible. I cannot guarantee when this will be but it will be as soon as we can under the current circumstances & restrictions. The item "Very Rare PoW Briar Pipe Dated 1899/90 Named Sergt A Baker South Africa Campaign" is in sale since Sunday, July 4, 2021. This item is in the category "Collectables\Militaria\Boer War (1899-1902)".