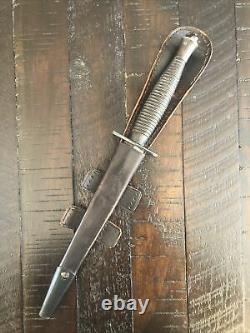 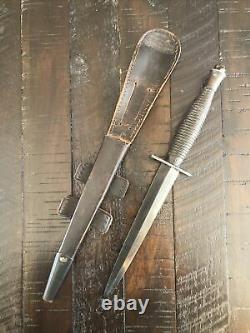 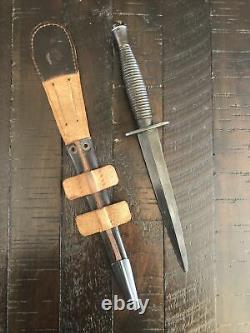 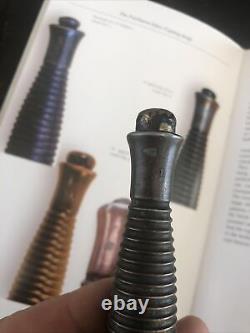 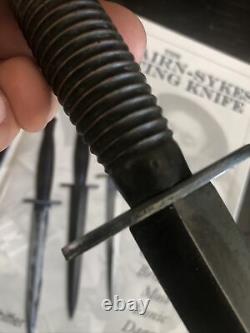 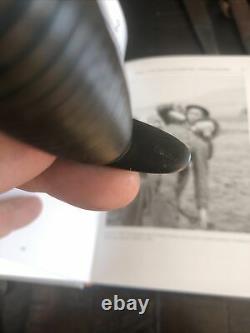 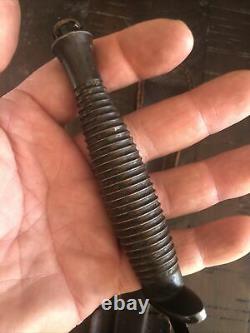 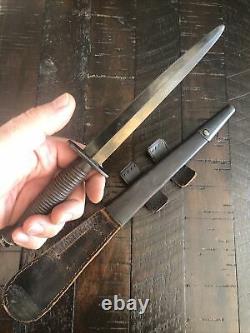 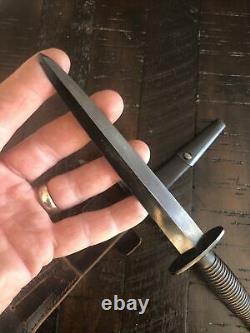 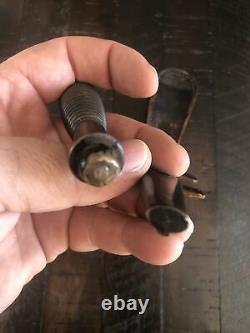 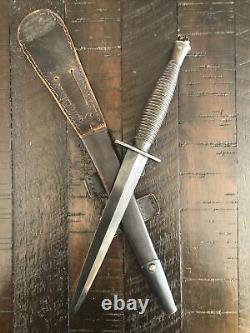 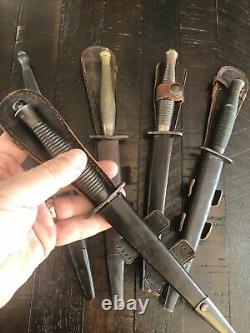 Rare and 100% genuine WW2 British Commandos famous Fairbairn-Sykes fighting knife, FS dagger, with original leather scabbard. Pattern WW2 production knife, grip casting mold #1, as marked on the pommel with embossed number 1. There is another, rarely seen marking, on the grip close to the crosspiece - a British broad arrow and (what looks to me) number 8. The crosspiece is marked ENGLAND. The knife comes with the original leather scabbard and both are in a good condition.

The blade has been re-tipped but not over sharpened and has a lot of bluing on it. In some photos I have captured some pages from the fantastic book The Fairnbarn-Sykes Fighting Knife by Wolfgang Peter-Michel, which I highly recommend as a great reference on FS knives. My items are not new (unless noted) and usually are very old. There are dents, dings, chips, rust and other imperfections present. The item "Rare WW2 British Fairbairn Sykes FS Fighting Knife Dagger 3rd Pattern w Scabbard" is in sale since Saturday, December 5, 2020.