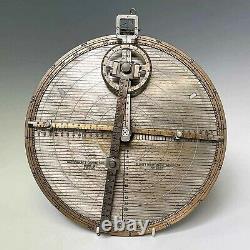 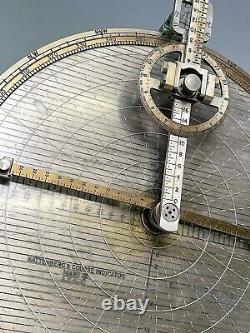 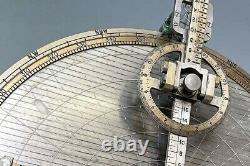 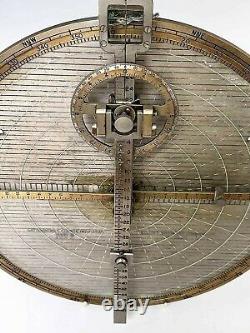 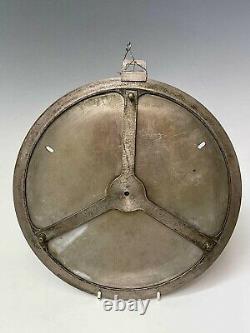 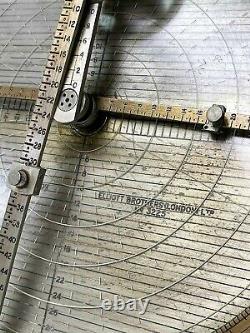 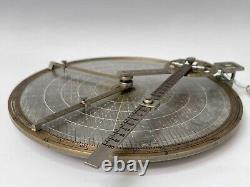 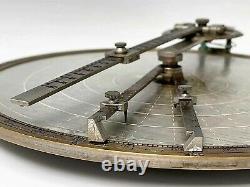 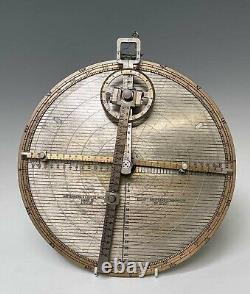 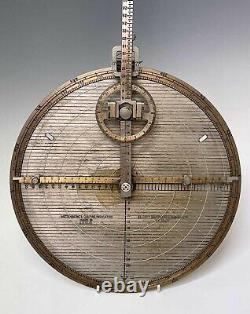 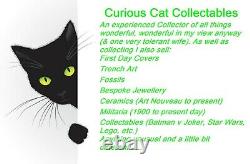 A Very Rare Royal Navy Ships Battenberg Course Indicator Mark III 1916 Dreadnaught Project. THIS IS AMAZING, RARE AND YOU WILL NOT SEE ANOTHER COME ONTO THE MARKET FOR SOME YEARS. There are some others in World War Two focussed collections and museums, these being the Mark IV & V, which were also adapted for Allied aeroplanes, Merchant & Allied Navies. This is the earlier version used by ships escorting convoys and combatting the German Submarine threats of World War One. This is a mechanical device for calculating where conveys and potential threats would be, where conveys and their escort vessels range, bearing, course and speed are known. It assists friendly warships to meet or intercept such conveys and by so doing surprise/ambush any aggressors. It allowed addition anti-submarine Warships to shadow convoys, without the enemy knowing they were there, in days before Radar and where radio communications was still in its infancy and utterly unreliable at sea. By extension this Indicator has a range of other functions related to relative velocity calculations, such as calculating the area a torpedo was fired from and where that submarine will be when you come in range of it. This was explained in the Admiralty Gunnery Branch 1917, Handbook of Dreadnaught Torpedo Control 1916, a diagram copy of which is in with the images denoting the Mark III. The original Battenberg Course Indicator (Mark 1) was invented and by Prince Louis of Battenberg in 1892, a heavy brass object, which was refined into the Mark II with operational experience. It was then further adapted into the Mark III as we have here, which is an aluminium model and modified to improve accuracy and to enable anti-submarine detection to be included once they had commenced an attack, these were primarily used on the Dreadnaughts as this Mark III was the latest technology of its day.

Then, as mentioned above, the Mark IV & V were adapted to cater for the needs of war in the air, at sea and under the waves. It is a true antique, very few of the Mark IIIs survived as they were melted down being a valuable source of aluminium.

Being aluminium it did sustain marks and scratches commensurate with age and use in warfare, and post war, until the Dreadnaught Fleet was replaced. In the 100 plus years since it was used, the only issue with this impressive and rare item is that the original glass plate was broken and replaced with Perspex but with all the original markings copied onto the replacement.

This was thought to have been done during the 1970s. But this is a sensational piece of British Navy history from WW1. This is an amazing find and is an incredible addition to any collection or as a display piece that will grab everyones attention. Ideally is should go to a Royal Navy Museum as it is so very rare but it may well go to America as it could have been used on one of the Allied Warships, mostly from USA. This is worth a considerable amount and being so significant it will increase in value but more importantly it needs to be cared for so future generations can research and appreciate this actual piece of Royal Navy Dreadnaught WW1 history. The pictures do not do it justice at all, but are important to show the condition. Please be patient, we promise to get your item to you as soon as humanly possible. I cannot guarantee when this will be but it will be as soon as we can under the current circumstances & restrictions. The item "Rare Royal Navy Ships Battenberg Course Indicator M3 1916 Dreadnaught' Project" is in sale since Sunday, October 17, 2021.