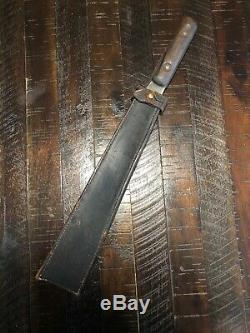 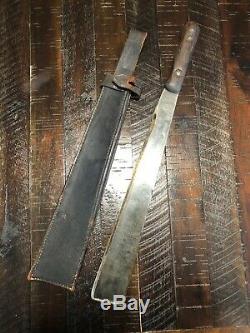 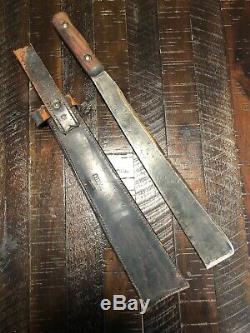 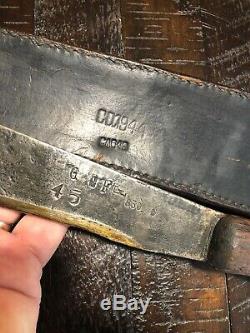 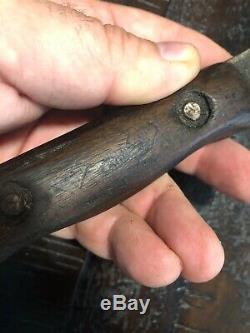 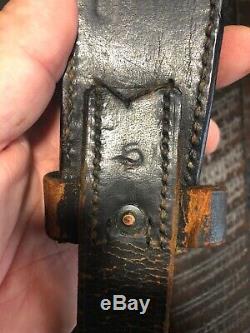 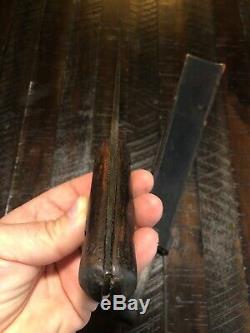 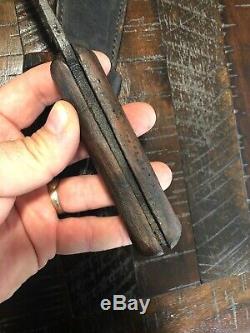 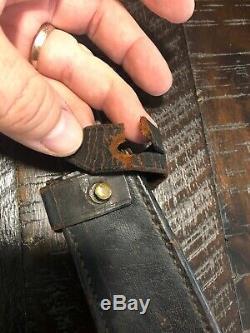 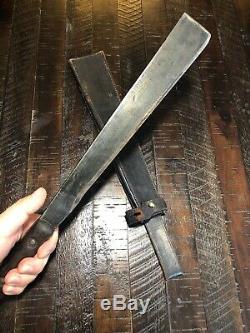 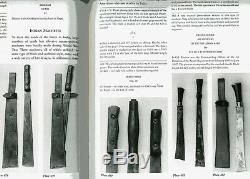 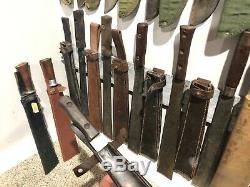 This is the original rare DHA machete from the WW2 Burma Campaign which was fought between the forces of the British Empire and China, with support from the United States, against the Empire of Japan, Thailand, and the Indian National Army. DHA machetes were often used by The Chindits - British India'Special Forces' that served in Burma. The machetes were hand made in India and usually are very crude so no two are completely alike. The scabbards were not made in India but in the Great Britain and are so marked. The machete has British military markings on the blade and wooden grips.

The scabbard is dated 1944 and marked with other British codes. The leather tab cracked but is still present and displays well. Complete set without any repairs, all WW2 authentic. One picture is from the "British and Commonwealth Military Knives" - a wonderful book by Ron Flook. This model is shown on the left page and in the middle picture, the first one from the right.

The last picture shows othe DHA machetes from my personal collection, nothing else from that picture is included nor offered for sale. My items are not new (unless noted) and usually are very old. There are dents, dings, chips, rust and other imperfections present. The item "Rare Original WW2 British Indian Army DHA Chindits Machete Burma Campaign" is in sale since Sunday, March 22, 2020.