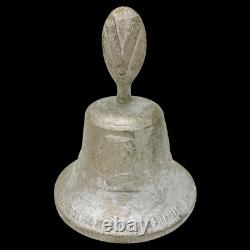 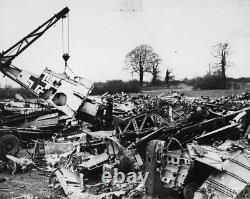 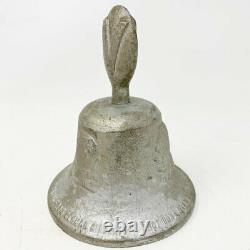 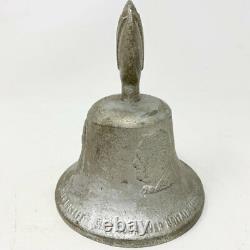 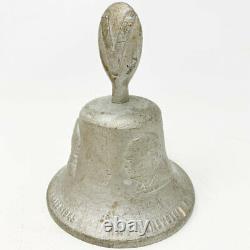 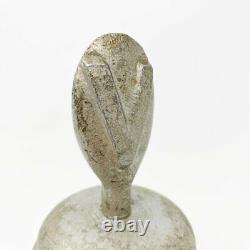 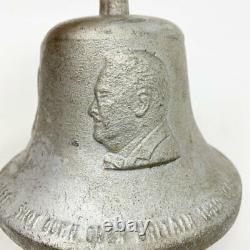 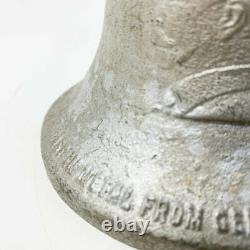 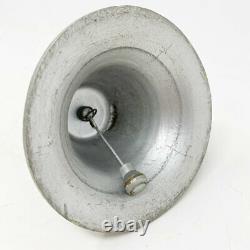 Some of the first bells were auctioned by Chesney Allen of'Flanagan and Allen' fame during the first Battle of Britain Dinner at the Hungaria Restaurant shortly after VE Day. This incredible World War II Battle of Britain Victory Bell was casted entirely from a shot down German aircraft over Britain by artist famous British artist Conrad Parlant in support of WWII British pilots and their families through the Royal Air Force Benevolent Fund. Very few of these bells were made and still exist today.

While we will never know specifically what German Luftwaffe aircraft (or mixture of aircrafts) this bell was created from, some of the most notable German aircraft used in the Battle of Britain were the MESSERSCHMITT BF 109, MESSERSCHMITT BF 110, HEINKEL HE 111, DORNIER DO 17, JUNKERS JU 88, and the JUNKERS JU 87. The story is that towards the end of the war Conrad Parlanti (a member of a family with a long tradition of foundry casting of works of public art and memorial in Britain and abroad including the RAF Memorial near the River Thames in London) drove past a stack of aluminum ingots and enquired about them. On being told that they were cast from German aircraft he had an idea. An idea that would ultimately celebrate the RAFs victory in Battle of Britain, provide funds for the Royal Air Force benevolent Fund (a charity formed in 1919 to provide funds for the RAF members and their families in need and still in existence today) (4) and provide a souvenir that could metaphorically ring the changes as war changed to peace.

Palantis bell design has a number of variations (chiefly to the form of the handle but also to the inscription around the rim) but all contain portraits of Churchill, Roosevelt and Stalin as the leaders of the major victorious powers and a reference to V for victory. Although this is a hand gesture closely associated with British Prime Minister Winston Churchill, it was also used as a symbol of resistance in Occupied Europe.

So powerful was this campaign that it was even adapted by the Germans in a counter-campaign in a number of Occupied Countries. Bell Cast From Downed German Aircraft WWII RAF Battle of Britain Victory" is in sale since Wednesday, March 10, 2021. This item is in the category "Collectibles\Militaria\WW II (1939-45)\Original Period Items\Great Britain\Personal, Field Gear". The seller is "premierrelics" and is located in Bloomington, Illinois. This item can be shipped worldwide.