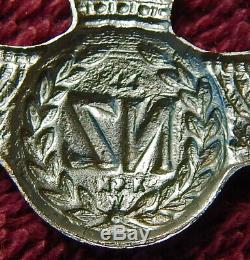 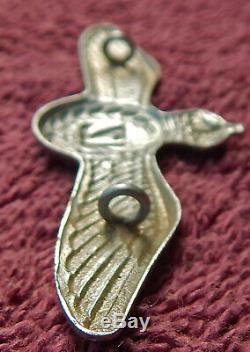 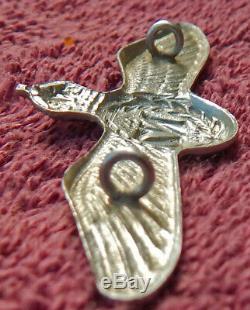 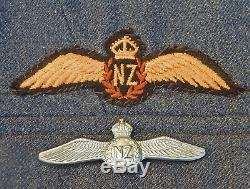 They also made 1/2 wing brevet for navigaror, bomb aimer, engineer etc. These tend to be even scarcer than these "full wings". That BECAUSE the vast majority of the aircraft flown by the TINY RNZAF in The Pacific during WW2 were single-seater FIGHTERS. Toward the END of their breif production-run, Mayer & Keane's STAMPING DIE became well-worn' and the "signature details" SEEN HERE (clearly) are NOT PRESENT on many of those wings produced toward the end of their brief manufacturing run (ONLY made back in 1944).

To the OTHER "sales commission" they ALREADY charged us on the ITEM's sale? Of everything you pay us :. HOWEVER on the brighter side for YOU the customer??

The minimum WEIGHT -CHARGE for the tracked parcel is (starts at) 500 Grams (over ONE POUND weight). So you can INCLUDE MANY MANY more badge-size items in same parcel at NO ADDITIONAL cost. BECAUSE we must PAY GST on all locally-delivered sales. A GST receipt (invoice) will be issued on request.