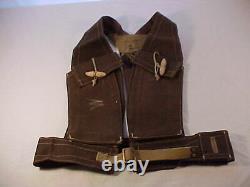 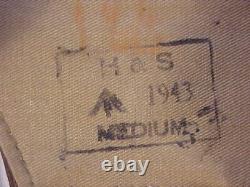 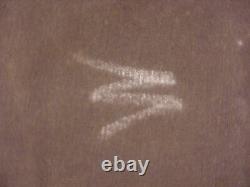 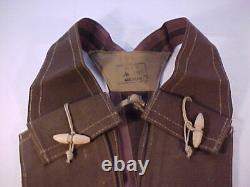 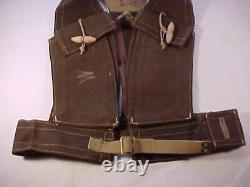 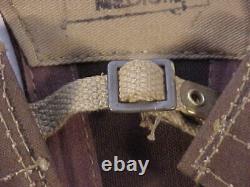 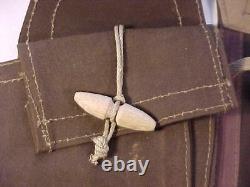 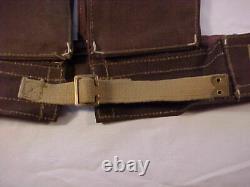 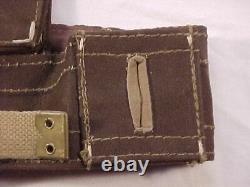 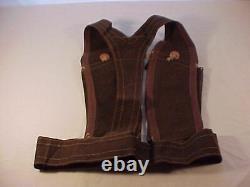 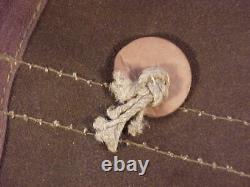 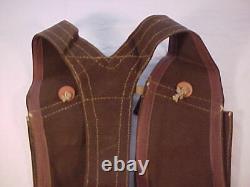 ORIGINAL, RARE, MINT British Commando Skeleton "Bren Bra" Vest (H&S 1943/Medium). This is an ORIGINAL and RARE "Commando Bren Bra" or "Skeleton Vest", as reputedly issued to British Commandos and other elite units during WWII. I was recently contacted by someone who thought this was one of the more recent reproductions done by International Military Antiques ("IMA"), so I contacted Hayes and here was his reply. Great to hear from you. While in recent years IMA has reproduced the skeleton vest they are in large size as made for.

Re-enactors and what doesn't IMA make reproductions of.... By the way I got these Skeleton. Vests from Andrew Scott in the early 1980's. There are a lot of self anointed experts our there...

Hopefully this will lay to rest this misconception. Anyone still doubting the authenticity can contact Hayes at his place of business in Missoula, MT. The vest is size medium, which equates to a 36-42 waist size as measured when the lower belt is fully-extended or cinched to its narrowest. The vest still retains the "M" which was marked in white chalk to speed the determination of size during the vest's issuance. The vest, which is in MINT UNISSUED condition, is made of heavy dark brown canvas with khaki/light OD webbing used for the upper and lower belts or straps.

The vest was manufactured in 1943 by "H&S" and is so-stamped inside the Y of the yoke (See close-up image), along with the British king's "broad arrow" acceptance stamp. The two large pouches on the front of the vest are for the carry of the magazines for the Bren light machine gun, hence the name "Bren Bra" by collectors. Each of these large pockets are secured with a flap with a wooden "toggle".

There is a slot on the left hip which was supposedly for attachment of the spike bayonet for the Enfield rifle. Unfortunately, I was unable to find any more information on the US Militaria Forum or elsewhere, so I would appreciate being contacted by anyone who is knowledgeable about these unusual vests. Here's an opportunity for the advanced British webbing collector to obtain a rare and unusual combat vest in pristine condition. PLEASE SCROLL DOWNWARD TO SEE REMAINING IMAGES!!

I'm a militaria collector like you and I do this as a sideline to my own collecting. Nonetheless, I'll handle your order in a business-like and professional manner. Vendio Images: More than just a pretty image. 250+ Mobile Responsive & Active Content Free Listing Templates with Vendio Sales Manager. Get business information that counts!