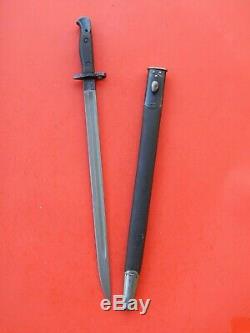 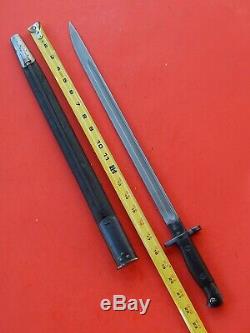 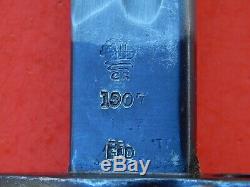 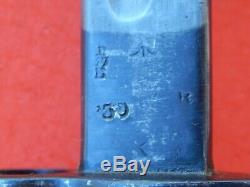 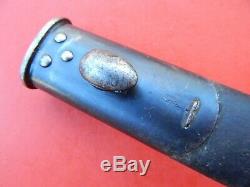 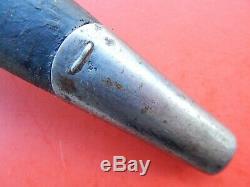 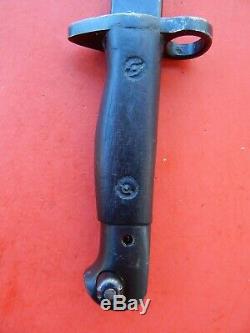 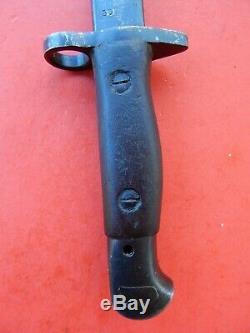 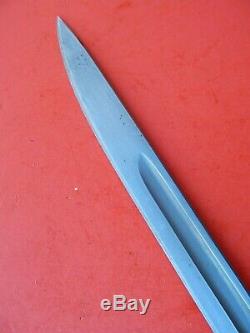 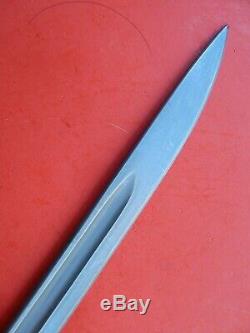 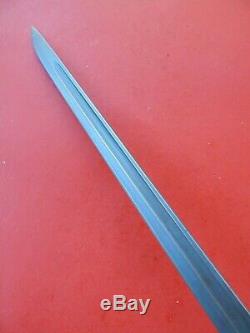 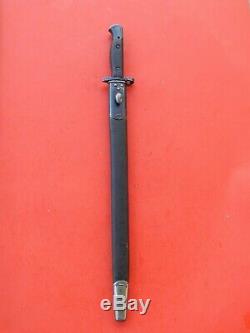 WE only sell this bayonet set in Australia and the United States - we will not honor any other buyers - NO EXCEPTIONS! Mailing cost to Australia listed at bottom of ad. Showing each individual bayonet set - takes a lot of time, but our customers appreciate the effort. I HAVE HAD THOUSANDS OF 1907 ENFIELD BAYONETS, BUT NEVER HAD ONE MARKED BOTH SANDERSON AND EFD!

A very collectable WWI 1907 Enfield BAYONET -FIRST ENFIELD BAYONET THAT I HAVE EVER SEEN MARKED BOTH SANDERSON AND EDF - PLEASE SEE PICTURE MARKINGS. Bayonet dated - 4 - 15? - Judge by your standards - This is a much nicer condition WWI Enfield than normally encountered. This is a Bayonet Set - that any collector would be proud to own and display. This is history - for display or/ and investment for the future.

Please look closely a the pictures of this bayonet set - this is a very nice collector's set. Very minor slight dis-coloration and very light normal pitting , see pictures - would be very easy to polish out, but prefer to leave original. The scabbard has the OVAL frog button that was used on WWI scabbards - so it is correct for the bayonet AND MARKED EFD. This bayonet was obtained many years ago from a military arsenal so it being used as a WWII Bayonet set also is very probable saw action in both WW1 and WW11 and also various other encounters by the British Army. These Bayonets made history in two World Wars and countless worldwide small incidents.

I wish I knew more about the various proofs - a person could do some research and establish more of its history. AN ADDITION TO ANY COLLECTION! The 1907 Enfield British bayonets and scabbards were used by England Canada and Australia in both WW1 and WW11. This one was manufactured OR MARKED by EFD + SANDERSON P l ease see the pictures for unique and exact markings on the blade - a historic collectable for display, re-enactment or simply an investment.

The blade is 17 inches long and the overall 22 inches long - a very serious fighting instrument. This fits all British mk 111 rifles used in both wars.

It will not fit the later number 4 rifles. This is a bayonet THAT IS. 100 YEARS OLD -and good for age and history- pictures will better show condition. In addition - it is a well marked with proofs bayonet. It goes nicely on my mark 111 rifle. It is not an cheap India made bayonet. It probably saw service in WW11. I say that because a collector informed me that the British Army used MK111s rifles extensively with the model 1907 bayonet.

If it could only talk. Great for displaying with rifle, by itself , re-enacting or simply collecting. Note pictures of markings on the bayonet - I'm sure they probably mean more to you than me. Note: The blade has not been sharpened since leaving the Gov't Arsenal. The blade NO bends or cracks.

Bayonet buttons for attaching to rifles are always checked and work fine! Australia - and only where legal to own. The item "NICE ENFIELD 1907- Mk111 SWORD BAYONET /SCABBARD -EFD SANDERSON RARE" is in sale since Friday, March 20, 2020.

This item is in the category "Collectibles\Militaria\WW I (1914-18)\Original Period Items\Great Britain\Edged Weapons". The seller is "gail7212007x1" and is located in Sherwood, Arkansas. This item can be shipped to United States, Australia.