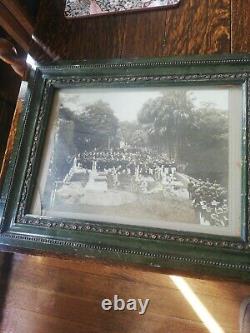 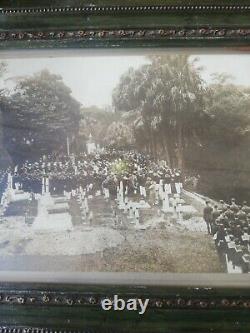 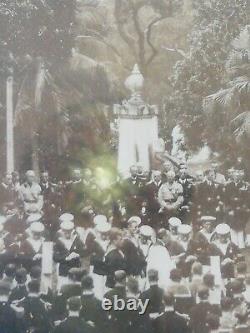 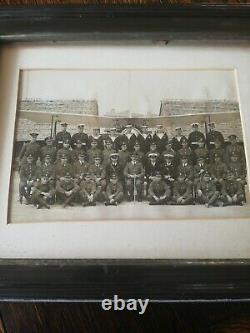 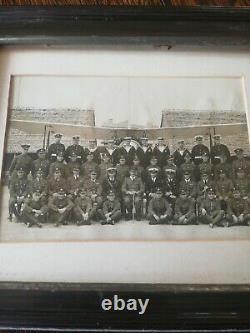 These are five original photos in frames that date from the early 1920s period. The pictures show British Military personnel lined up for pictures behind 2 military aircraft and another picture of a Naval regiment or similar at 401 Fighter Flight, China. The pictures were taken in Hong Kong. There is one long picture and three smaller square pictures and one large picture in original ornate green wooden frame showing a rare British military funeral in Hong Kong during Britain's colonial past.

These are a very nice collection of original pictures from Britains colonial past in Hong Kong. The frames are all original and of the period. Some have glass missing and cracks but can can be cut to size and easily replaced! The pictures are of a forgotten age and I would say quite rare!