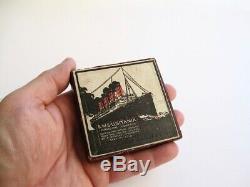 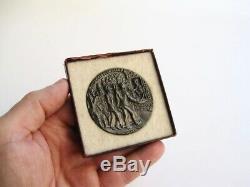 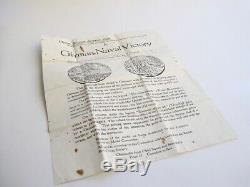 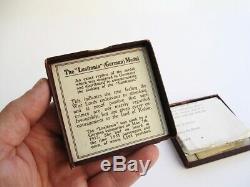 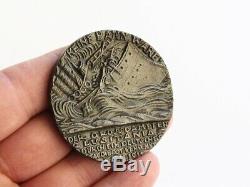 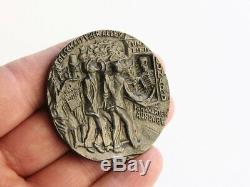 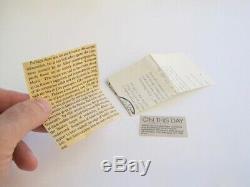 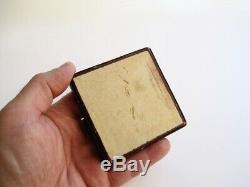 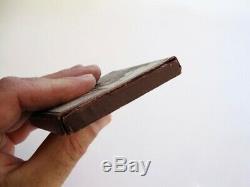 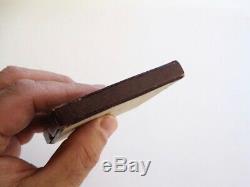 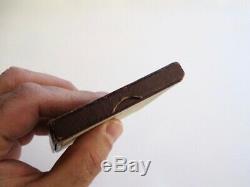 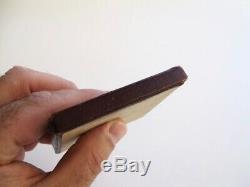 Dunstan's, which is what the typical leaflet says toward the bottom of the page. Check out the leaflet photo and read more information on this rare variety of the Lusitania medal's paperwork, directly below. The Lusitania medal was originally intended for use as a propaganda tool. This sinking caused the subsequent death of some 1,201 men, women, and children, including 123 Americans. Unfortunately for Karl Goetz, he put the wrong date of sinking on the medal, an error he later attributed to an error in the newspaper account he had read.

And so instead of the correct date of 7 May, Goetz engraved 5 May i. Although Goetz later corrected the date, by then it was too late, the damage was done, and the appalling event and the minting of this so-called "celebratory medal" in WWI Germany was greeted with moral outrage. Only too well the British cause against ruthless Imperial Germany.

And so back to the rare variety of paperwork with this medal: as you may already know, only some of the medals actually came in an original box of issue and with a propaganda leaflet. While the vast, vast majority of the original (and yet very rare) "normal" propaganda leaflets say that the proceeds from the sale of the medal will go to the St. Dunstan's Blinded Soldiers and Sailers Hostel", the leaflet that comes with my cased medal is a hugely rare variation, which states that the proceeds for the sale of this medal would go to the "British Red Cross Society -- see the photo of the leaflet, toward the bottom of the page. This rare variation of the leaflet is incredibly scarce.

It would be incredibly rare for you to find a "Red Cross" variety leaflet for sale from any vendor, anywhere in the world, so this may be the only chance you will ever have to get this version of the leaflet. Interestingly, this version of the leaflet is so rare, that even the author of the definitive book on the Lusitania medals doesn't have a version of this leaflet in his own collection! Check out his fantastic book, "Commemoration of Death: The Medals of The Lusitania Murders", published by Sixth Avenue Books, 2012, and see an image of my type of "Red Cross" variety leaflet on page 150 of the book, and the St. Dunstan's variety leaflet on page 149. I have provided the author with a high-quality scan of this specific "Red Cross" leaflet, and he may include it in the next printing of his superb book.

And so this is a must-have version of the medal and paperwork, fit to go into the best medal collections. Both the medal and its rare variety leaflet are unconditionally guaranteed to be original and authentic in every respect, and have always been together. Please don't ask me to sell you the leaflet separately, as I won't do it - it's not fair to this grouping, which has been together as a "family" for 100+ years.

If you want the very best, this is what you need! Note also, as you can see in the photos, w. Ith the box are also a couple of newspaper / magazine.

Clippings that the past owners kept with the medal! The medal is in near mint condition, with little or no damage or wear - it obviously has always been kept in the original box and not often handled. The propaganda leaflet has the typical creases as it was intended to be, and was, folded within the box. It also has the typical few small stains from being in contact with the medal for 105 years -- all these leaflets have exactly this type of tiny little paper stains. Please take a careful look at all the photos to determine condition, and ask me if any questions. Please let me know if you want additional photos - I'm quite happy to send you more close-up photos and high-quality scans. T his is a great collectible from any direction you look at it, and so very rare, having this propaganda leaflet. The price for this grouping reflects not only the rarity of having an original box, but even more, the rarity of this original and rare variation of the leaflet.

This set has been in my collection for many many years, and now it's time for it to go into yours. See also my other auctions running right now, for. A German "shooting prize" in the form of an artist-signed bronze plaque of the President of Germany, Paul von Hindenburg (who ceded power to Nazi Adolph Hitler in 1933, and then died the following year). This shooting prize was given to a named Wehrmacht soldier during the "May Day" military exercises i. The German Labor Day, to honor German workers.

A mint condition, parade ready, QEII Scottish Infantry Officer Basket Hilt 1828 Pattern Sword by the famous British cutler, Wilkinson Sword. Wilkinson shut its doors back in 2005, and so this is a rare opportunity to find a Scottish sword by this renowned maker! A mint condition 19th Century boat signal / saluting cannon, brass barrel, original iron carriage - large and heavy! A rare walking stick / cane that was used by the Commander in Chief of the United Spanish American War Veteran's Association, Eugene Carver, during the organization's 26th National Encampment in Denver, Colorado, on September 8, 1929 (its 30th Anniversary).

I want to make you happy so feel free to ask me questions or ask for another photo if its necessary and I will do my very best to answer your questions within a 24-hour period! The item "CASED Lusitania Medal, with ULTRA RARE RED CROSS variation PAPERWORK / LEAFLET" is in sale since Monday, December 9, 2019. This item is in the category "Collectibles\Militaria\WW I (1914-18)\Original Period Items\Great Britain\Medals, Pins & Ribbons". The seller is "hitparade" and is located in Arlington, Virginia. This item can be shipped to United States, Canada, United Kingdom, Germany, Australia.