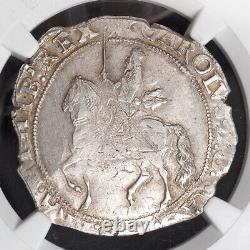 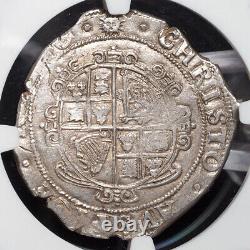 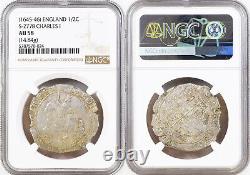 Reverse: Oval royal shield of Great Britain within foliage. The Colony of Carolina in North America was named for Charles I, as was the major city of Charleston.

Carolina later separated into North Carolina and South Carolina, which eventually declared independence from Great Britain during the formation of the United States. To the north in the Virginia Colony, Cape Charles, the Charles River, Charles River Shire, and Charles City Shire were named for him.

Charles personally named the Charles River after himself. Charles City Shire survives almost 400 years later as Charles City County, Virginia. The Virginia Colony is now the Commonwealth of Virginia one of the four U. States that are called commonwealths, and retains its official nickname of "The Old Dominion" bestowed by Charles II because it had remained loyal to Charles I during the English Civil War.

He was an advocate of the Divine Right of Kings, which was the belief that kings received their power from God. This Divine right of Kings could not be taken away (unlike the similar Mandate of Heaven), even if he was stripped of his power. Many subjects of England feared that he was attempting to gain absolute power. Religious conflicts permeated Charles's reign.

He married a Catholic princess, Henrietta Maria of France, over the objections of Parliament and public opinion. He further allied himself with controversial religious figures, including the ecclesiastic Richard Montagu and William Laud, whom Charles appointed Archbishop of Canterbury. Many of Charles's subjects felt this brought the Church of England too close to Roman Catholicism. Charles's later attempts to force religious reforms upon Scotland led to the Bishops' Wars that weakened England's government and helped precipitate his downfall.

His last years were marked by the English Civil War, in which he was opposed by the forces of the English and Scottish Parliaments, which challenged his attempts to augment his own power, and by Puritans, who were hostile to his religious policies and supposed Catholic sympathies. Charles was defeated in the First Civil War (1642-45), after which Parliament expected him to accept demands for a constitutional monarchy. He instead remained defiant by attempting to forge an alliance with Scotland and escaping to the Isle of Wight.

This provoked a Second Civil War (1648-49) and a second defeat for Charles, who was subsequently captured, tried, convicted, and executed for high treason. The monarchy was then abolished and a republic called the Commonwealth of England, also referred to as the Cromwellian Interregnum, was declared. Charles's son, Charles II, became King after the restoration of the monarchy in 1660. In that same year, Charles I was canonized by the Church of England.

This item is in the category "Coins & Paper Money\Coins: World\Europe\UK (Great Britain)\Half Crown". The seller is "coinworldtv" and is located in this country: AT. This item can be shipped worldwide.